Bermuda is currently using one area code. Bermuda does not utilize any area code overlays. Area code 441 was created from a split of area code 809. 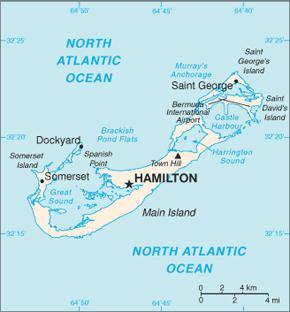