Ten digit dialing (area code + seven digit number) is necessary in the 819/873 overlay because two different homes in the same geographic area can have the same seven digit phone number but each would have a different area code.

Area code 468 has been approved as an all services overlay covering the two existing area code overlays 819 and 873 with an implementation date of 10/22/2022. Ten digit dialing is already necessary in the existing 819 and 873 overlay and this will be extended to area code 468 when it is put into service. Ten digit dialing (area code + seven digit number) is necessary when two or more area codes cover the same geographic area.

Major cities or places in Quebec within area code 873 include: 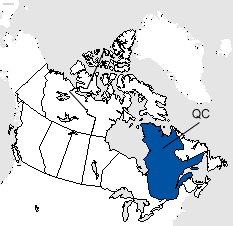