Major cities or places in area code 867 include: 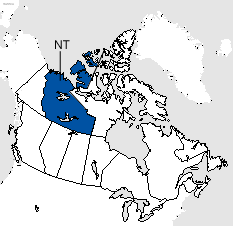